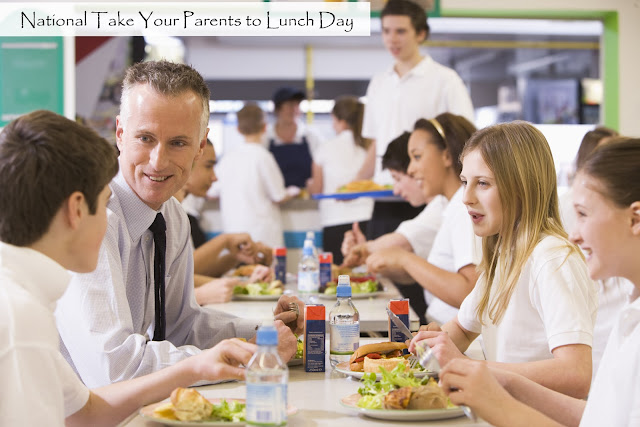 National Take Your Parents to Lunch Day is an event that takes place each October. Parents visit their children’s school and have lunch with them in the cafeteria. The goal is to learn more about what goes into putting together a healthy lunch, and for parents and school officials to open the lines of communication so they can work together to provide kids with the healthiest meals possible.

Columbus Day and a Look at Scurvy

On the evening of August 3, 1492, Columbus departed from Palos de la Frontera, Spain with three ships: the Niña, Pinta and Santa María. The land was sighted on October 12, 1492. Columbus called the island San Salvador (today it is known as the Bahamas). 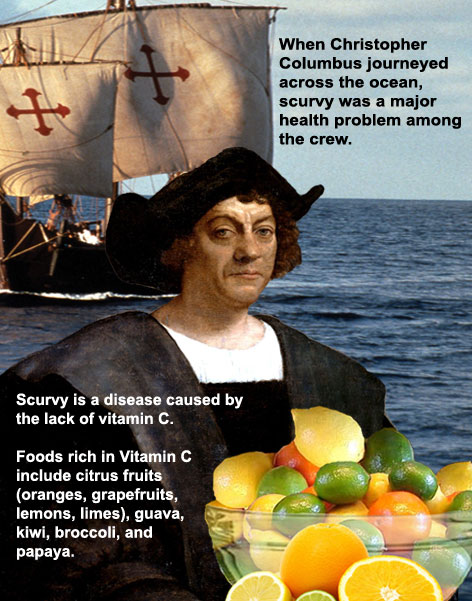 Scurvy was a major health problem onboard Christopher Columbus ships. Fresh fruits and vegetables were not taken on these long voyages due to spoilage. This resulted in a high incidence of scurvy among the sailors. The relationship between scurvy and Vitamin C had not been discovered yet.

Foods were commonly salted and pickled as a method of preserving food. The crew was served two meals a day. Foods were mostly boiled and served in a large wooden bowl. The sailors ate with their fingers because they had no forks or spoons. There was a lack of proper sanitation. Hand washing before meals was not required.

There is a legend that during one of Christopher Columbus's voyages some sailors had scurvy and wanted to be dropped off at one of the nearby islands and die there rather than dying on board. While the men were on the island they ate some of the island's fresh fruits and vegetables and to their amazement began to recover. When Columbus's ships passed by several months later, the captain saw the men were alive and healthy. The island was named Curacao, meaning Cure. 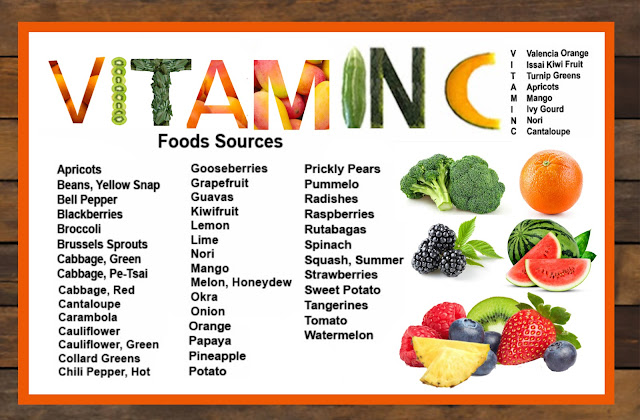 Make a Muscle, Make a Difference, Make a Donation to MDA

The MDA Telethon was a labor day tradition throughout my life. Then in 1988, I gave birth to a son with Cerebral Palsy. The telethon became more important. It was a reminder we were not alone in a fight against childhood muscular diseases. I remember a theme reminding me about the importance of food, "Make a Muscle, Make a Difference". Here are some foods that can help you make a muscle. 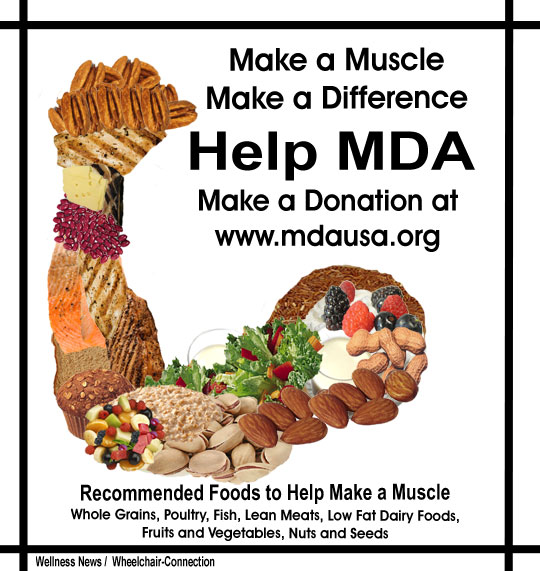 
To Jerry Lewis - Thank you for getting families, communities, organizations, corporations, and the medical field together to find a cure and to help others live independent lives.

Make a Donation to MDA

Dr. Frank is an expert in Nutriioion Analysis. Not only a Registered Dietitian, but she authored several books, journal articles and various publications. We have worked together on several committees and projects and I am thrilled that she is able to share her knowledge and expertise with our group. And I say to you Dr. Frank, thank you for all you do for others too. Sandra Frank, Ed.D, RDN, FAND is a Registered Dietitian Nutritionist with over 40 years’ experience. She received a Doctoral degree in Nutrition Education and Counseling, with a minor in computer science Nutritional and a Master's degree in Medical Biology and Biochemistry. She is the author of “Menu Solution” and “From As Purchased to Edible Portion”. Since 1989 she has worked with national newspapers, an international magazine, Chefs, Cookbook Publishers, and Food Bloggers providing nutrition analysis, recipe modifications, and menu development. Discovering nutrition information became a passion of exploration. Providing reliable nutrition information on social media became an opportunity for truth. (https://www.facebook.com/DietitiansOnline/) Dr. Sandra Frank Sandra Frank, Ed.D, RDN, FAND Nutrition Research, Menu and Recipe Development & Analysis