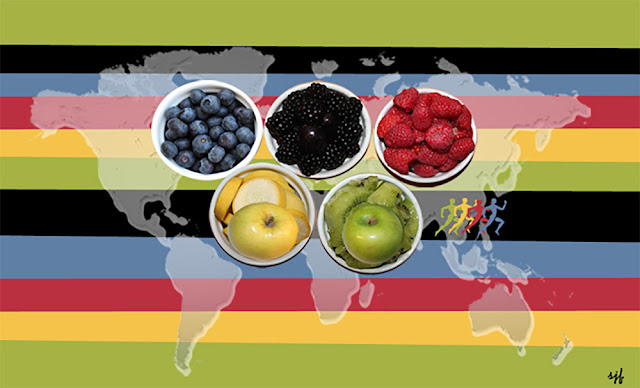 The symbol of the Olympic Games is composed of five interlocking rings, colored blue, yellow, black, green, and red on a white field. This was originally designed in 1912 by Baron Pierre de Coubertin, adopted in June 1914 and debuted at the 1920 Antwerp Olympics.

The Olympic Charter states the Olympic symbol represents the union of the five regions of the world and the meeting of athletes from throughout the world at the Olympic Games.


Olympic Colors made from fresh foods. 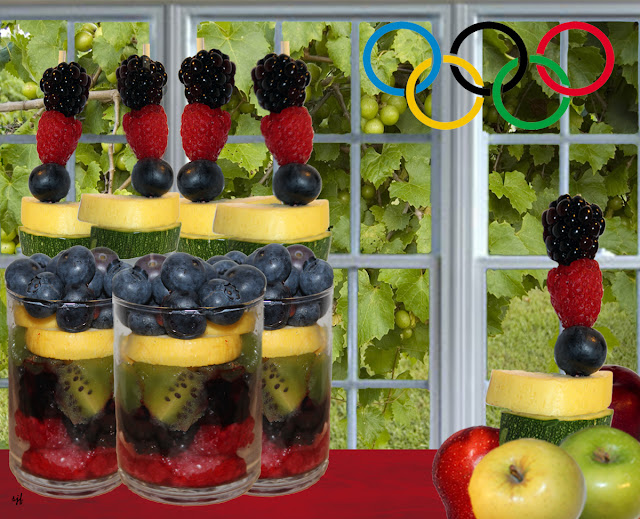 Skewer: Use a wooden skewer. Add the following fruits and/ or vegetables: zucchini or kiwi; yellow squash or grapefruit; blueberries; raspberries; and blackberries.

Resource.
Factsheet the Games of the Olympiad
Wikipedia, Olympic Symbols