Today is my one year anniversary of living smoke-free. After 45 years of smoking, on December 31, 2011 I quit smoking cigarettes. The decision was easier than I expected. I just got out of the hospital for facial bacterial cellulitis. My face was swollen, my eyes forced closed, and when I tried to speak it was hard to understand me as I wiped away the drool of saliva - all from an infection in my mouth – all related to years of smoking.

The infection would eventually clear up, but I was left with having all my upper teeth and most of my bottom teeth removed. I never saw myself as vain, but I was horrified at the woman staring back at me in the mirror. I love to laugh and smile. It took over 6 months for dentures to be prepared so I could smile again.

For the young who believe, you have all the time in the world to quit; time passes quickly and some damage cannot be undone. For the older people who believe it is too late; unless you are a fortune teller you have no idea what the future holds.

The year 2013 has been declared "The International Year of the Quinoa" (IYQ), by the United Nations General Assembly in December 2011.


“Quinoa is considered to be the organic food of the future and holds great potential in efforts to eradicate poverty worldwide and provide global food security and nutrition.” The United Nations, in connection with the presentation of the International Year of Quinoa created a multi-media exhibit. Events throughout the year relating to the International Year of Quinoa will be headed by the Food and Agricultural Organization (FAO), in collaboration with NGOs, indigenous peoples' organizations and, the Governments from the Andean region. 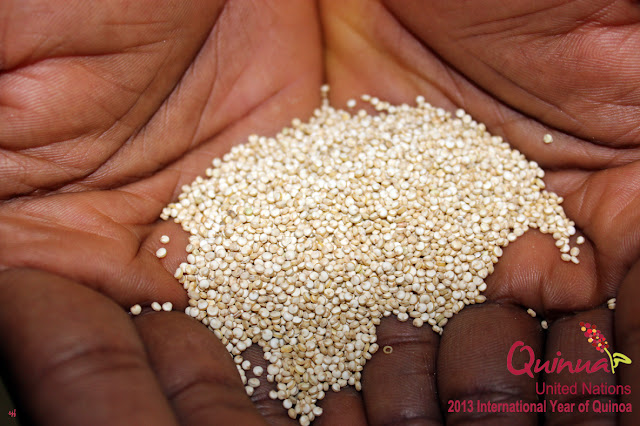 The objective of the IYQ Plan is to focus world attention on the role quinoa´s biodiversity and nutritional value plays, in providing food security and nutrition, the eradication of poverty in support of the achievement of the internationally agreed development goals, including the Millennium Development Goals.

Quinoa is a grain-like crop grown primarily for its edible seeds. It is a pseudo-cereal rather than a true cereal, or grain. Quinoa originated over 3,000 years ago in the Andean region of Ecuador, Bolivia, Colombia and Peru.


Quinoa is high in protein, a good source of dietary fiber and phosphorus and is high in magnesium and iron. Quinoa is also gluten-free.


Preparation. Quinoa has a natural bitter-tasting coating called saponins. Most quinoa sold commercially has been processed to remove this coating. However, the directions may require additional rinsing before cooking.


Quinoa can be added to a wide variety of dishes and substituted in recipes using rice or couscous. Quinoa flour can be used in wheat-free and gluten-free baking. To enhance the flavor, stock can be exchanged for water during cooking. Quinoa also can provide a nutritious breakfast with the addition of honey, nuts or fruits. 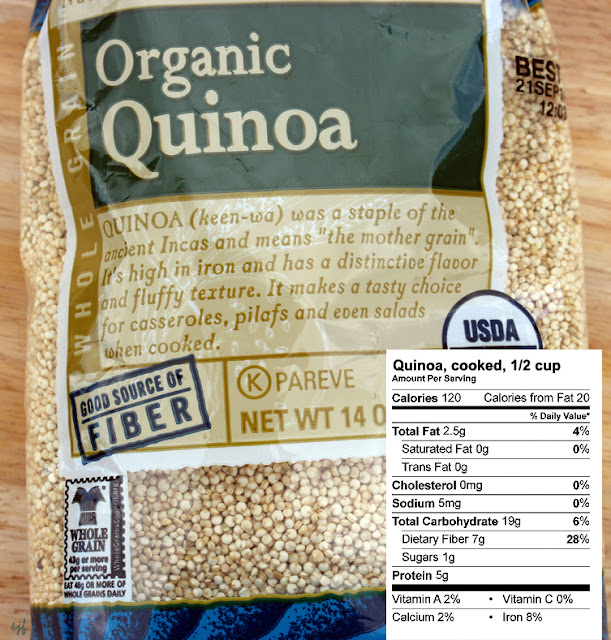 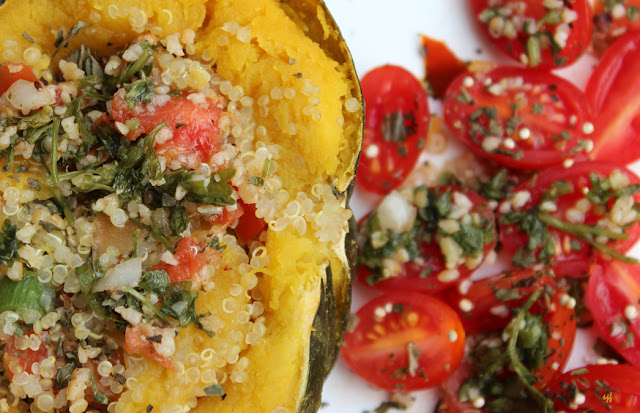 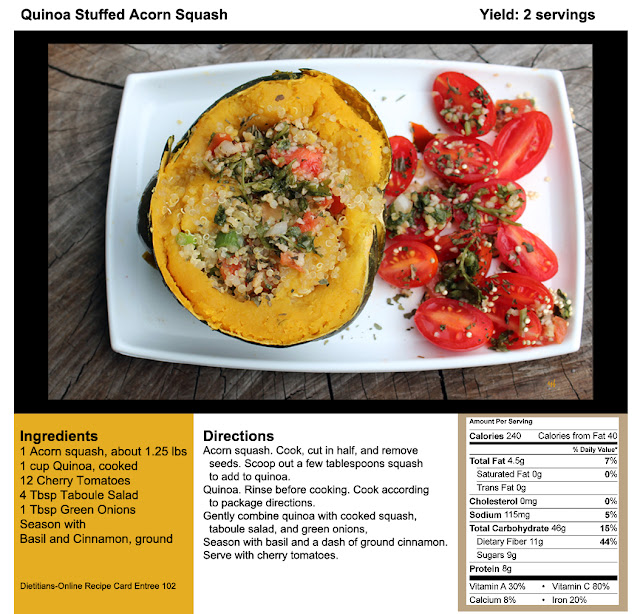 Best Choices at the Vending Machine

Vending machines have a history of containing foods high in sugar, calories and fats. With the desire to choose healthier alternatives, new foods are being added to vending machines. 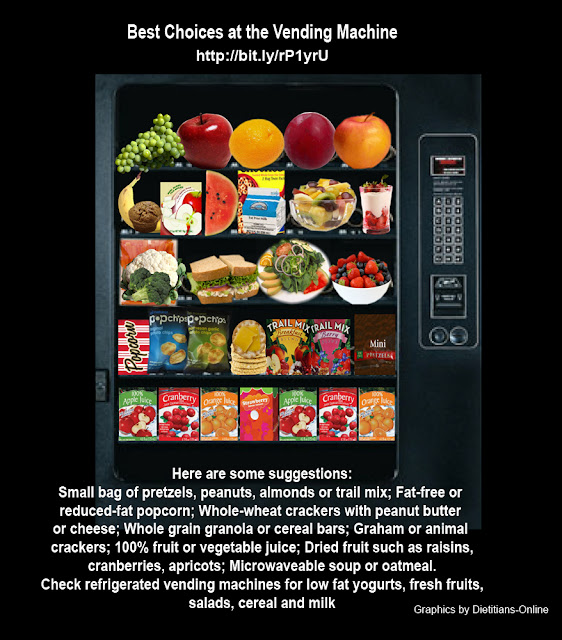 More information can be found at Kids Eat Right
Posted by Dr. Sandra Frank at 12:20 PM