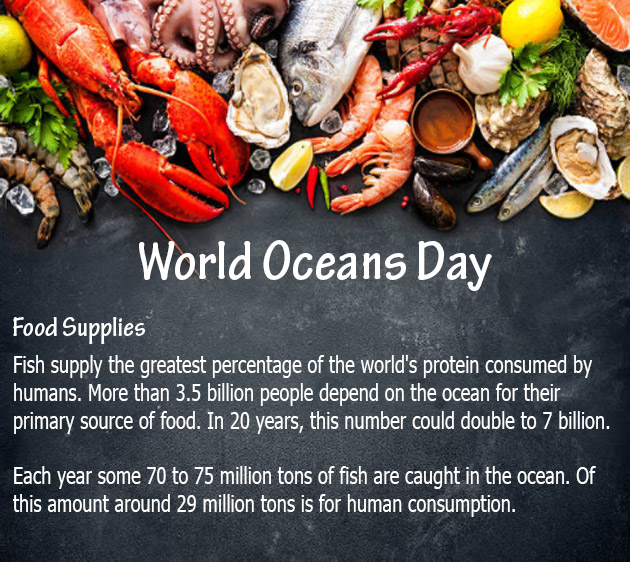 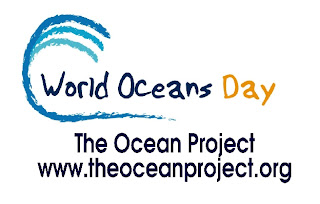 The Ocean Project and the World Ocean Network have helped coordinate events and activities throughout the world. In December 2008, the United Nations General Assembly passed a resolution making World Oceans Day officially recognized by the UN on June 8th each year.

Nearly three-quarters of the Earth's surface is covered by water. The oceans have played a crucial role in the history and sustenance of all life. 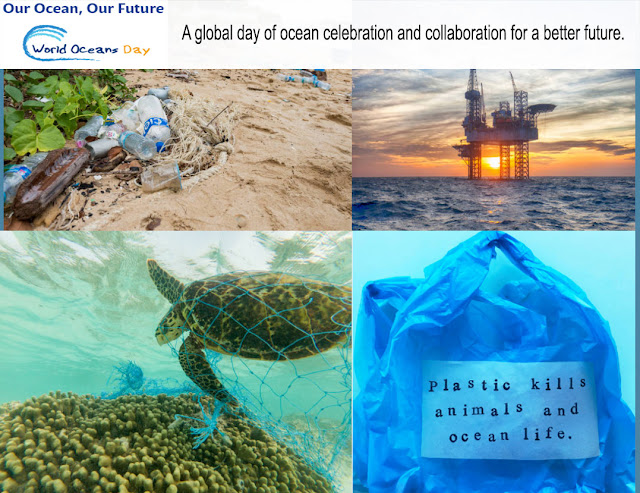 “Together let’s ensure oceans can sustain us into the future. Let us reflect on the multiple benefits of the oceans. Let us commit to keep them healthy and productive and to use their resources peacefully, equitable, and sustainable for the benefit of current and future generations.”      -Ban Ki-moon

From the Ocean Project:
The World's Oceans...

World Ocean Day encourages us to reach out to young people in our community and help inspire them. Discover the wealth of diverse and beautiful ocean creatures and habitats, how our daily actions affect them, and how we are all interconnected.

Celebrate - whether you live inland or on the coast, we are all connected to the ocean; take the time to think about how the ocean affects you, and how you affect the ocean, and then organize or participate in activities that celebrate our world ocean.

It's up to each one of us to help ensure that our ocean is protected and conserved for future generations. Please don't just leave memories of the wonders of the Oceans for our children and grandchildren.

Disney describes the
beauty and important role
the ocean plays in our lives.

Explore http://www.oneworldoneocean.com/ to learn more about the amazing places and critters through the world's ocean habitats.


Ocean Facts
1. The oceans occupy nearly 71% of our planet's surface.
2. More than 97% of our entire planet's water is contained in the ocean.
3. Fish supply the greatest percentage of the world's protein consumed by humans. More than 3.5 billion people depend on the ocean for their primary source of food. In 20 years, this number could double to 7 billion.
4. Each year some 70 to 75 million tons of fish are caught in the ocean. Of this amount, around 29 million tons is for human consumption.
5. Eighty percent of all pollution in seas and oceans comes from land-based activities.
6. Death and disease caused by polluted coastal waters cost the global economy $12.8 billion (US) a year.
7. Plastic waste kills up to 1 million seabirds, 100,000 sea mammals, and countless fish each year. Plastic remains in our ecosystem for years harming thousands of sea life every day.
8. Over the past decade, an average of 600,000 barrels of oil a year has been accidentally spilled from ships, the equivalent of 12 disasters the size of the sinking of the oil tanker Prestige in 2002.
9. Although coral reefs comprise less than 0.5 percent of the ocean floor, it is estimated that more than 90 percent of marine species are directly or indirectly dependent on them.
10. Species of fish endangered by overfishing are tuna, salmon, haddock, halibut, and cod. 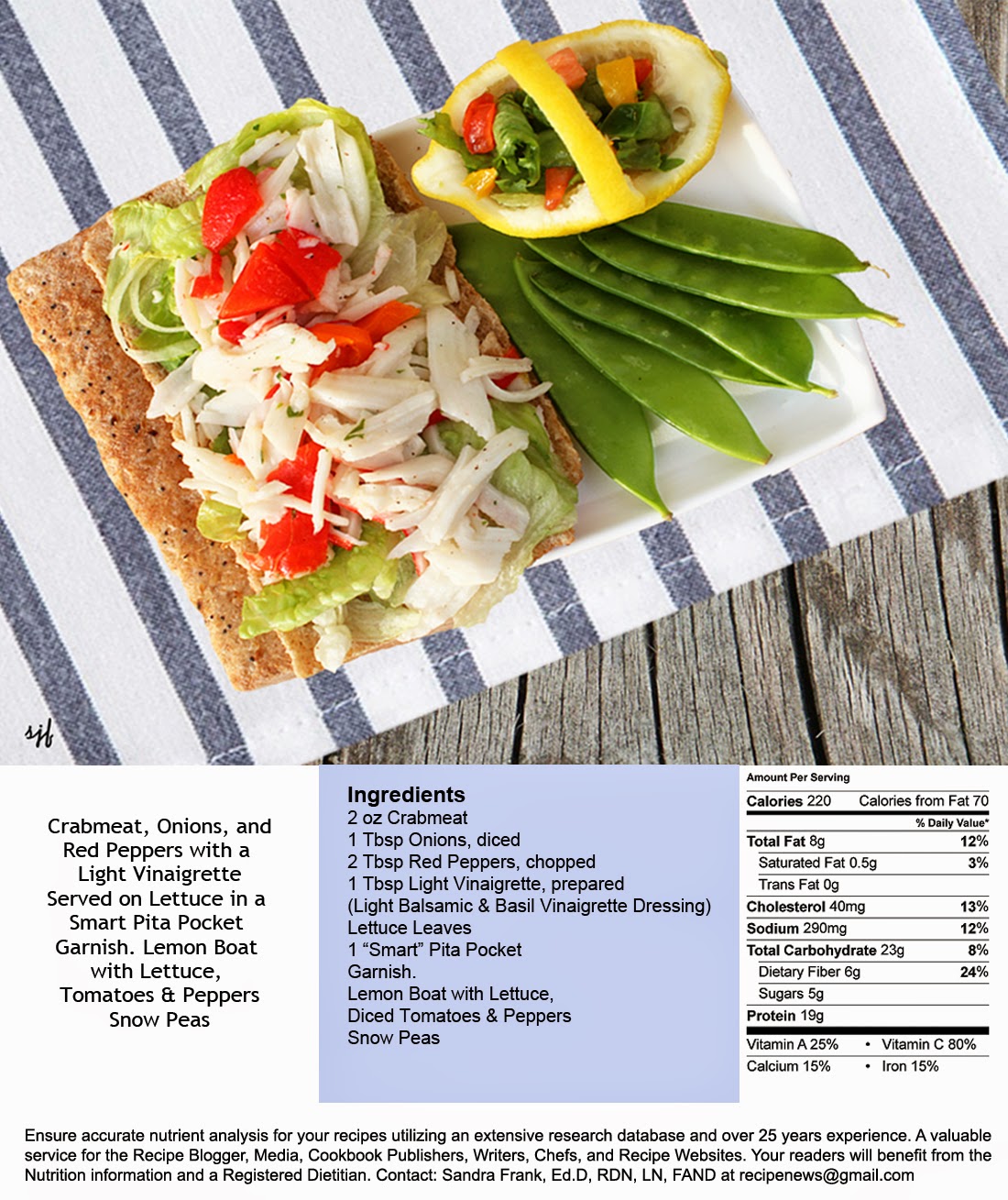