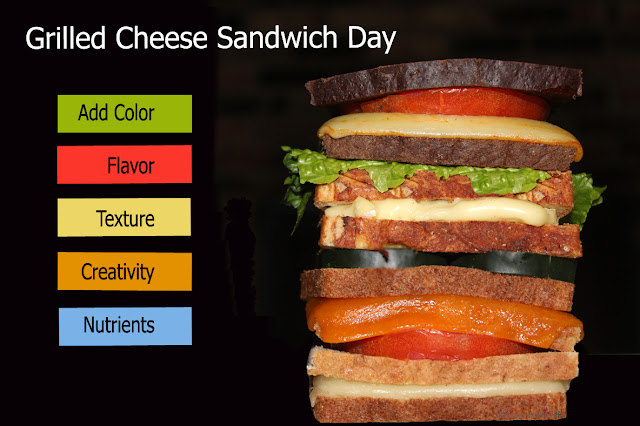 Cooked bread and cheese are popular in many cultures around the world.  In the United States, the grilled cheese sandwich originated in the 1920s. Bread and American cheese were inexpensive and readily available during the Great Depression.

A grilled cheese sandwich is assembled and then heated until the bread crisps and the cheese melts, sometimes combined with additional ingredients such as tomatoes, bacon, ham, peppers, and assorted fruits. Several different methods of heating the sandwich are used. Common cooking methods include cooking on a griddle, grilled, fried in a pan, broiled, or made in a panini grill or sandwich toaster. 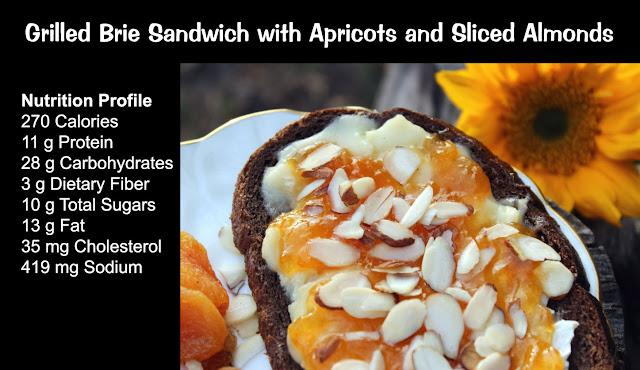 
Directions
Spread Brie on pumpernickel bread. Grill until melted. Top with apricot fruit spread and sliced almonds. Serve apricots and raisins on the side. 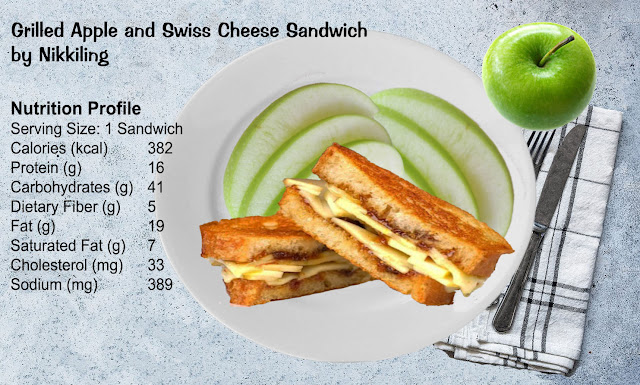 Directions.
Preheat a skillet over medium heat. Lightly brush one side of each slice of bread with olive oil. Place 1 slice of bread, olive oil side down into the skillet, and arrange the apple slices evenly over the top. Sprinkle the Swiss cheese over the apple, and then top with the remaining slice of bread, olive oil side up. Cook until the bread is golden brown, flip the sandwich over, and cook until the other side is golden brown and the cheese has melted, 1 to 2 more minutes. 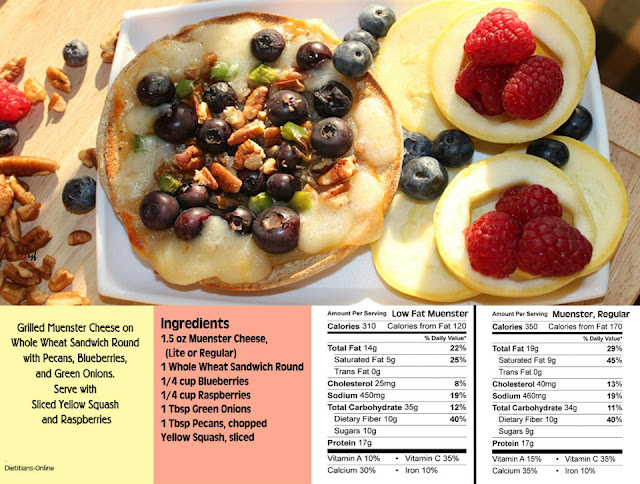