Foods Symbolic of the Passover Seder 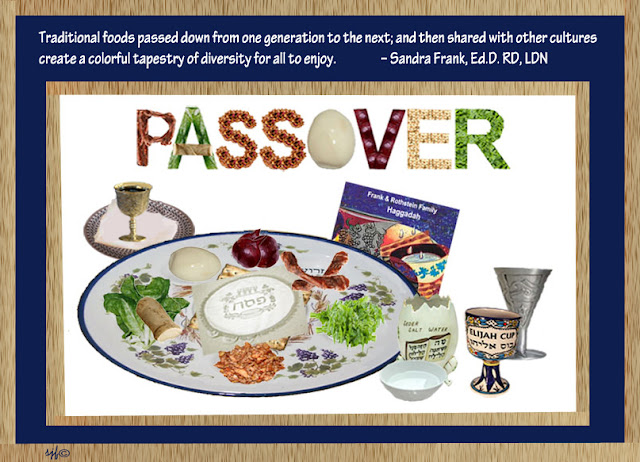 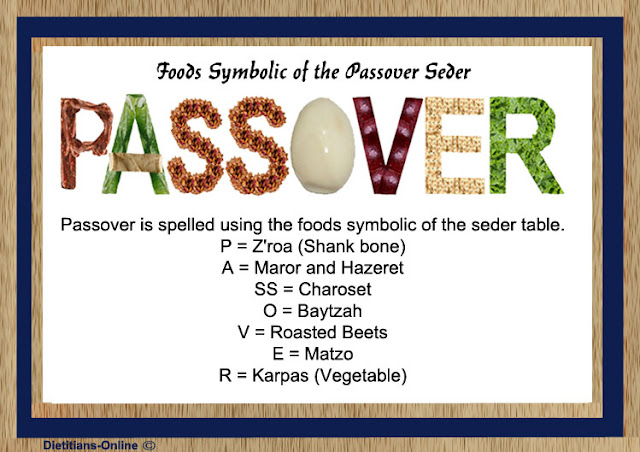 ﻿The Symbols of the Passover Seder

Passover is a holiday rich in symbols retelling the story of the Jewish people's exodus from Egypt. The seder is a ceremonial dinner observed on the first night of Passover, and in many homes on the second night as well. The seder table is set with a seder plate, salt water, matzo, kosher wine, Cup of Elijah, Miriam's Cup, and a copy of the Haggadah for each guest. 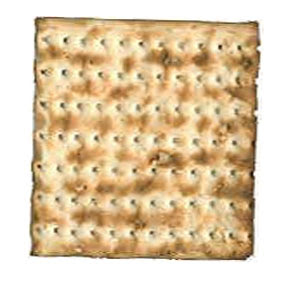 Matzo is an unleavened bread made solely from flour and water and is not allowed to rise. Matzo symbolizes freedom. As the Jewish people fled Egypt there was no time to wait for the bread to rise. A plate of three whole matzahs are stacked and separated from each other by cloths or napkins. The middle matzo is broken in half and put aside for the afikoman.

The afikoman is eaten as a dessert. The person leading the seder will hide the afikoman and ask all the children to find it. Children will receive toys or other gifts as a reward for returning the afikoman.


Many of the symbols are displayed on the seder plate, which is the centerpiece of the seder table.

Karpas (Vegetable). This part of the seder plate dates back to a first and second century tradition in Jerusalem. At the beginning of the seder a vegetable, usually lettuce, radish or parsley is dipped in salt water and eaten. It is said the salt water represents the tears our ancestors shed during their years of enslavement.

Z'roa (Shank bone). The roasted shank bone of a lamb reminds us of when the Jewish people marked the doorposts of their homes with the blood of a lamb as a signal that death should pass over them. The shank bone also reminds us of the sacrificial lamb killed and eaten during the days when the Temple stood. In modern times, some Jewish families will use a poultry neck instead. Vegetarians will often replace the shank bone with a roasted beet, which has the color of blood and is shaped like a bone, but is not derived from an animal.

Baytzah (Hard Boiled Egg). There are two interpretations of the symbolism of the hard boiled egg. One is an ancient fertility symbol. The other is a symbol of mourning for the loss of the two Temples, the first of which was destroyed by the Babylonians in 586 B.C.E. and the second of which was destroyed by the Romans in 70 C.E. Hard boiled eggs were traditionally the food of mourners and became symbolic for the loss of these sacred sites.

Charoset. A mixture of chopped apples, nuts, wine and spices representing the mortar the Jewish slaves used to build structures for the Egyptian Pharaoh.

Maror (Bitter Herbs) reminds us of the slavery the Jewish people endured in Egypt. Horseradish, either the root or a prepared paste is often used.

Hazeret (Bitter Vegetable) also symbolizes the bitterness of slavery. Romaine lettuce is usually used. When hazeret is not represented on the seder plate some families will put a small bowl of salt water in its place.

Elijah's cup is placed at the center of the table. After the seder meal there is a custom to pour a cup of wine, the "Cup of Elijah," and open the front door of the home. According to tradition, at this moment our homes are graced by the presence of Elijah the Prophet.

Miriam's Cup is a new ritual object that is placed on the seder table beside the Cup of Elijah. Miriam's Cup is filled with water close to the beginning of the seder. It serves as a symbol of Miriam's Well, which was the source of water for the Jewish people in the desert. Putting a Miriam's Cup on your table is a way of making your seder more inclusive. It lets people know that the words of girls and boys, women and men, are welcome. It is also a way of drawing attention to the importance of Miriam and the other women of the Exodus story - women who have sometimes been overlooked. It is said, "If it wasn't for the righteousness of women of that generation we would not have been redeemed from Egypt"


To our Family and Friends, we wish you a Happy Passover.
Posted by Dr. Sandra Frank at 4:30 PM