Special Education Day marks the anniversary of our nation’s first federal special education law which was signed by President Gerald Ford on December 2, 1975. This law is the Individuals with Disabilities Education Act (IDEA).

National Special Education Day was first celebrated in 2005 which was the 30th anniversary of the Individuals with Disabilities Education Act.

In recent years, we have seen increasing emphasis on the importance of ensuring children with disabilities have the same opportunities as other children to receive an education and education-related benefits, such as school meals.

My son Jake, has cerebral palsy and requires someone to feed him. He was brought into the cafeteria with his aid and they sat alone. He asked if he could eat in the classroom because he was embarrassed the children would make fun of him. The school said no. Jake started to refuse to eat - he said he wasn't hungry. Sometimes he would come home with food all over his clothes and face. There is still time to learn how to meet nutritional needs for Special Needs Children.

Handbook for Children with Special Food and Nutrition Needs 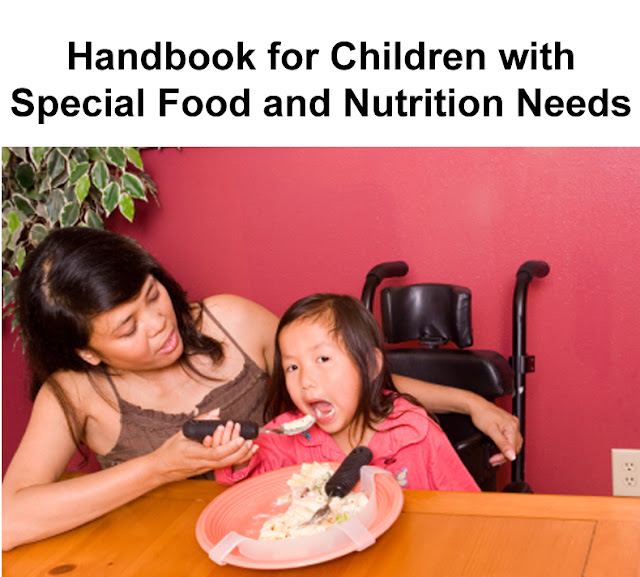 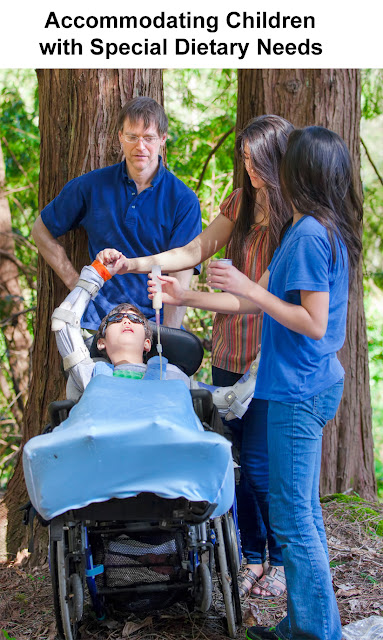