Each year, the International Council of Museums (ICOM) Advisory Committee proposes a theme that can be interpreted by museums to promote their issues within society. Due to Covid19, some of the museums may be closed or have limited hours. Check with the ICOM website to view virtual museums.

The museum is an institution for preserving and communicating the past, yet it is grounded in the present. It is a link between the generations, as it allows present and future generations to better comprehend their origins and history.

A Look at Food Museums
in the United States


The Southern Food and Beverage Museum

is a non-profit museum based in New Orleans, Louisiana with a mission to explore the culinary history of the American Southern states, to explain the roots of Southern food and drinks. Their exhibits focus on every aspect of food in the South, from the cultural traditions to the basic recipes and communities formed through food. The museum includes a full-service restaurant, a children's gallery, a culinary innovation center, an exhibit for every southern state, and a culinary library. While based in New Orleans, the Museum examines and celebrates all the cultures that have come together through the centuries to create the South’s unique culinary heritage. It brings all races and ethnicity to the table to tell the tale, from the farmer and the homemaker to the line cook and the celebrity chef. The Southern Food and Beverage Museum celebrates, interprets, investigates, entertains, and preserves. A collaboration of many, the Museum allows food lovers from all areas – Southerners and non-Southerners, locals and tourists, academics and food industry insiders - to pull up their chairs and dig into the food and drink of the South. And although based in New Orleans, they bring a message about the entire South to the world through exhibits, a collection of oral histories and videos, and other research. Address: 1504 Oretha Castle Haley Boulevard, New Orleans, Louisiana 70113 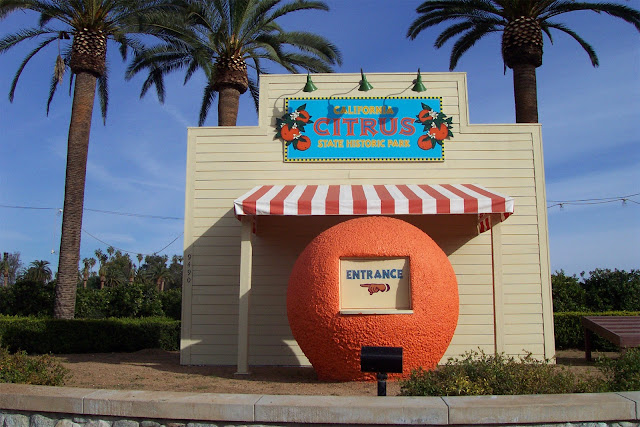 The company's Wilbur Chocolate Factory in Lititz sells an assortment of Wilbur chocolates and other candy and features the free Candy Americana Museum that tells the history of the company and how their chocolate is made. The exhibits include antique chocolate molds, tins, and boxes, as well as hand-painted European and Oriental antique porcelain chocolate pots. The museum was created by Penny Buzzard, wife of former Wilbur president John Buzzard, and opened in 1972. Wilbur Chocolate Company, 48 North Broad Street, Lititz, PA 17543


is a museum devoted to the potato, located in Blackfoot, Idaho. The rich graphics showcasing the history of the potato will lead you through the revolution of the potato industry. From the original potato planted in Idaho to the largest potato crisp made by the Pringle’s Company in Jackson, TN. The Museum represents significant ties between the railroad and the potato industry and was built in 1912. The Potato Museum provides information on potato history, the growing and harvesting process, nutrition, trivia, and educational potato facts. The museum is located in downtown Blackfoot, Idaho at 130 NW Main St.

The Jell-O Gallery or Jell-O Museum 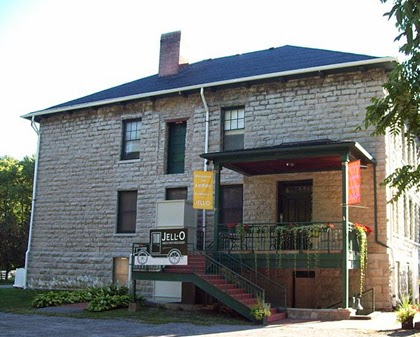 is a museum in Le Roy, New York dedicated to exhibits about Jell-O, operated by the Le Roy Historical Society. JELL-O Gallery is located at 23 E Main St, Le Roy, NY 14482. The Jell-O Gallery has a large new exhibit that reflects Bill Cosby's influence over thirty years. Also, listen to entertainers, such as Kate Smith, Jack Benny, Lucile Ball as they promote the Jell-O product over the radio airwaves. See television personalities Andy Griffith and Gomer Pyle along with Bill Cosby as they pitch about Jell-O. 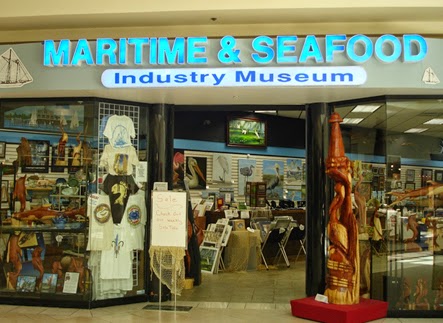 was established in 1986 to preserve and interpret the maritime history and heritage of Biloxi and the Mississippi Gulf Coast. It accomplishes this mission through an array of exhibits on shrimping, oystering, recreational fishing, wetlands, managing marine resources, charter boats, marine blacksmithing, wooden boat building, net-making, catboats/Biloxi skiff, shrimp peeling machine, and numerous historic photographs and objects. In August 2005, the Museum was destroyed by Hurricane Katrina. The museum reopened in 2014.

The Museum of Food and Drink 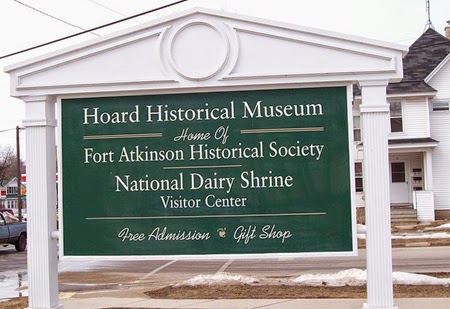 The shrine promotes the dairy industry and records its history. The National Dairy Shrine's museum contains exhibits about the history of dairying. Dairying objects in its collection include butter churns, milking machines, a treadle, and items used in the Babcock test for the fat content of milk, which was developed nearby at the University of Wisconsin in Madison. National Dairy Shrine brings together dairy producers, scientists, students, educators, marketers, and others who share a desire to preserve our dairy heritage and keep the dairy industry strong. It was founded in 1949. National Dairy Shrine Museum / Hoard Historical Museum, 401 Whitewater Avenue, Fort Atkinson, WI 53538

is a museum in the heart of downtown Middleton, Wisconsin. It boasts a large display of prepared mustards. It is often featured in lists of unusual museums in the United States. The museum was conceived and founded by Barry Levenson, former Assistant Attorney General of Wisconsin. It centers on a mustard collection he began in 1986. The initial dozen jars have grown to a collection of more than 5,624 mustards from all 50 states and more than 70 countries. The collection includes exquisite Gibbons Collection of mustard pots to antique tins & jars and vintage advertisements. Address: 7477 Hubbard Avenue, Middleton, WI 53562.