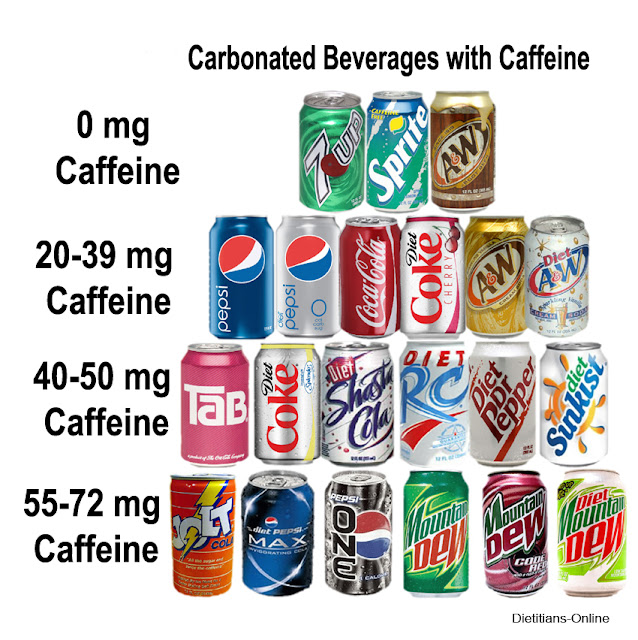 Though today we look at the caffeine in Carbonated Beverages, this is also an opportunity to view the caffeine in energy drinks that have been cited as the cause of some deaths and is currently being investigated by the US FDA. Some energy drinks contain 2 to 3 times the amount of caffeine found in soda.

How much Caffeine is too much?
Mayo Clinic

Up to 400 milligrams (mg) of caffeine, a day appears to be safe for most healthy adults. That's roughly the amount of caffeine in four cups of brewed coffee, 10 cans of cola or two "energy shot" drinks.
Although caffeine use may be safe for adults, it's not a good idea for children. And adolescents should limit themselves to no more than 100 mg of caffeine a day.


Even among adults, heavy caffeine use can cause unpleasant side effects. And caffeine may not be a good choice for people who are highly sensitive to its effects or who take certain medications.
5-Hour Energy Drinks: FDA Looks Into Caffeinated Beverage

﻿Caffeine (mg) based on 12-ounces Soda 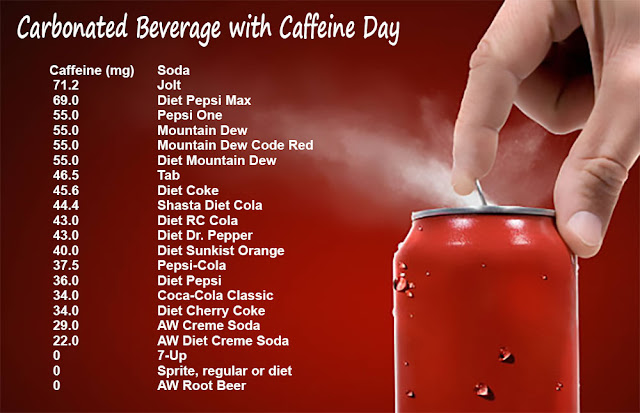