National Food Bank Day - How we can make a difference? 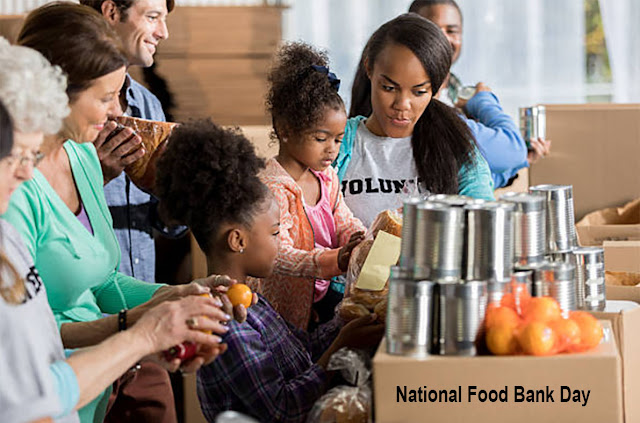 In many ways, America is the land of plenty. But for 1 in 6 people in the United States, hunger is a reality. Many people believe that the problems associated with hunger are confined to small pockets of society, certain areas of the country, or certain neighborhoods, but the reality is much different.

Right now, millions of Americans are struggling with hunger. These are often hard-working adults, children, and seniors who simply cannot make ends meet and are forced to go without food for several meals, or even days.

It’s time to educate ourselves about the causes of hunger in America.

Feeding America network of 200 food banks across the country are first-class organizations in the fight against hunger. They are more than just distribution centers, they are core to providing hope to the communities they serve.

The following is a summary of the information found on the Feeding America Website.

Nearly 49 million people in America face hunger. That is 1 in 6 of the U.S. population – including more than 1 in 5 children. Don’t let their struggles go unheard. Join the Feeding America network of more than 200 food banks and Speak Out Against Hunger.

Feeding America is the nation's leading domestic hunger-relief charity. Their mission is to feed America's hungry through a nationwide network of member food banks and engage our country in the fight to end hunger.

Among members of Feeding America, 74 percent of pantries, 65 percent of kitchens, and 54 percent of shelters reported that there had been an increase since 2006 in the number of clients who come to their emergency food program sites.

Hunger can affect anyone. Feeding America has identified groups at risk, including young children, hunger in the suburbs, rural hunger, senior hunger, and the working poor.

Special on Childhood Hunger
Kate is a fictional character who represents the very situation in which many children find themselves when their parents lose their jobs. Find out how you can help.  http://www.feedingamerica.org/ways-to-give/


Childhood hunger hinders a young person's ability to learn. They are more likely to suffer from poverty as an adult. Scientific evidence suggests that hungry children are less likely to become productive citizens. Insufficient nutrition puts children at risk for illness and weakens their immune system. The immature immune systems of young children, ages 0 – 5, make them especially vulnerable to nutritional deprivation and as a result, the ability to learn, grow, and fight infections is adversely affected.

Please find out how you can help during National Food Bank Day.