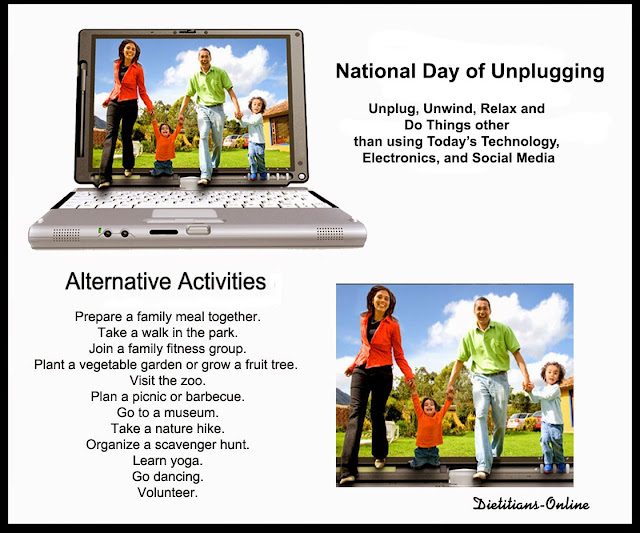 National Day of Unplugging. is a holiday that consists of a 24 hour period from sundown to sundown, to unplug, unwind, relax and do things other than using today’s technology, electronics, and social media.

• Children who spend less time watching television in the early years tend to do better in school, have a healthier diet, and are more physically active.


Hazards of Too Much Screen Time

• Children with a television in their bedroom are more likely to be overweight.

Over 160 000 men and women are hacking their diet with a simple and SECRET "liquid hack" to burn 2 lbs every night in their sleep.

It is proven and works all the time.

Here's how to do it yourself:

and be 2 lbs skinnier the next day!