John Chapman (September 26, 1774 – March 18, 1845), called Johnny Appleseed, was an American pioneer nurseryman who introduced apple trees to large parts of Pennsylvania, Ontario, Ohio, Indiana, and Illinois, as well as the northern counties of present-day West Virginia. He became an American legend while still alive, due to his kind, generous ways, his leadership in conservation, and the symbolic importance he attributed to apples. 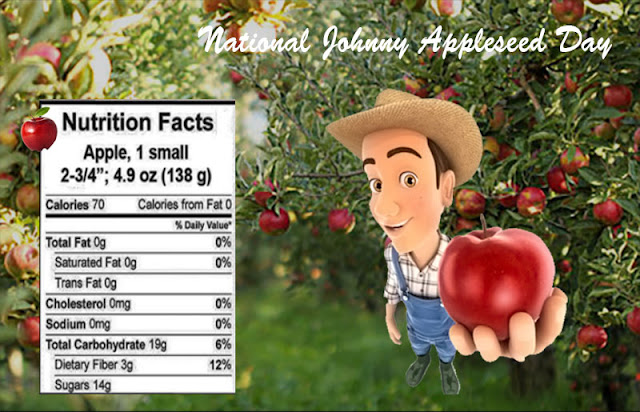 The Story of Johnny Appleseed

Johnny Appleseed, Wikipedia
Posted by Dr. Sandra Frank at 8:17 AM

If you're looking to lose weight then you have to get on this brand new custom keto meal plan.

Since their launch in January 2019, hundreds of clients have already remodeled their body and health with the benefits a certified keto meal plan can provide.

Speaking of benefits: in this link, you'll discover eight scientifically-confirmed ones provided by the keto meal plan.