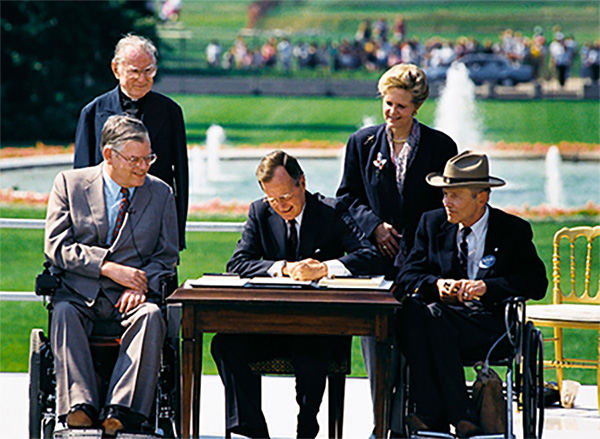 President George Bush signs the Americans with Disabilities Act during a ceremony on the South Lawn of the White House on July 26, 1990.


President Donald J. Trump Proclaims July 26, 2017, as a Day in Celebration of the 27th Anniversary of the Americans with Disabilities Act.

For Americans with disabilities,
Trump’s policies are dangerous.


Across the country, people with disabilities are continuing to lead the fight for inclusivity and recognition, with the support of their families, advocates, and human services professionals. What will happen under a Trump administration? The fight is going to get a lot harder.

I don't understand how our President can make fun of a disabled person and numerous ethnic groups.

Health Care
As our country decides on a new health care program, those of us with disabled and elderly family members - wait in fear. Though Trump promised he would not touch Medicare, Medicaid, and Social Security, 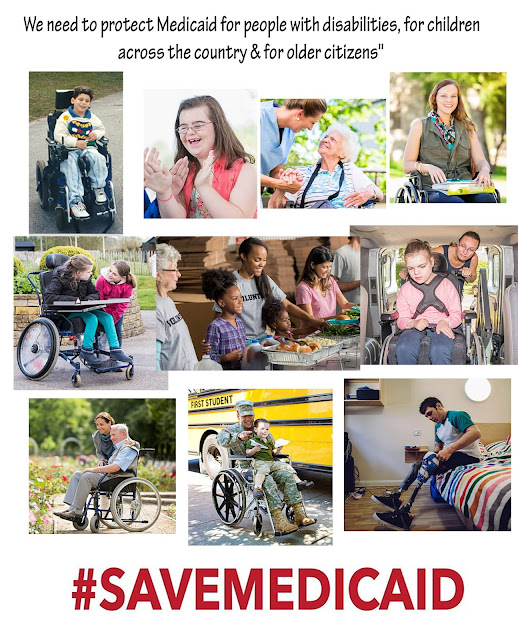